Kierra Shiday talks being shocked Gucci Mane wanted to sign her, served in the army for 7 years [The Progress Report]

In a new edition of Conversations with Lalaa presented by The Progress Report, Lalaa speaks to Gucci Mane’s new female artist Kierra Shiday. During the interview, Kierra talks about her background growing up in San Antonio, Texas and doing music since the age of 3 and mainly listening to R&B music. Kierra reveals that she recently discovered she could rap and is still in disbelief that Gucci Mane chose to sign her. After serving 7 1/2 years in the army, Keirra Shiday is ready to make a name for herself in the music industry.

https://www.instagram.com/kshiday/
Posted by Lalaa at 9:38 AM No comments:

Atlanta artist Bla5er delivers a heart filled record titled "Tru Story" where he opens up about seeing his father die while saving someone else's life, experiencing heartache, and police brutality. The song is produced by newcomer Marz and is Bla5er's newest release since his 2020 single "Adore You" produced by J Reid.  Follow Bla5er online: https://www.instagram.com/_bla5er/ https://twitter.com/_Bla5er https://www.facebook.com/therealbla5er/
Posted by Lalaa at 5:30 AM No comments:

Don P is the founder of Atlanta Hip Hop trio, Trillville. The group formed in the early 2000s and garnered mainstream success with their hits “Neva Eva” and “Some Cut” which led to a joint album with Lil Scrappy in 2004. In a new interview on The Progress Report Podcast, Don P talks Trillville being the bad boys of Crunk music, relationship with Lil Jon, upcoming Trillville movie titled ‘Crunkville’, pays homage to Pastor Troy, Outkast, and Goodie Mob, fatherhood and weight lost.

“Everybody got the same 24 hours ain’t no excuses”

Chicago rapper Lil Mouse has been doing music since the age of 12 and is now 20 years old with over 7 mixtapes. He went viral in 2012 for his record, “Get Smoked” which later became popularized by Lil Wayne and Drake. In a new edition of ‘Conversations with Lalaa presented by The Progress Report’, Lil Mouse makes it clear that he has been writing his own music since he started rapping and that he has grown as an artist and is now doing autotune and less drill music although he is one of the founders of drill music.

Lil Mouse states that he still records with other rappers from Chicago and visits the city frequently. Lil Mouse also discusses getting back motivated after changing management and just released a new single titled “Judge Me” where he addresses feeling underrated. 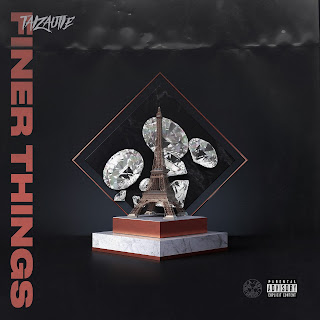 Atlanta based duo, Taizautie just released their new single “Finer Things” which will premiere on their upcoming EP ‘TZ Wait’ June 5th. “Finer Things” is Taizautie’s follow up to their single “Nascar” featuring Lil Keed which released earlier this year. Taizautie harmonizes about the finer things on “Finer Things” and is produced by Boca Entertainment Group. The official music video will drop next week.

East Oakland artist, Lil Mikey TMB just released his 5th visual from his latest project, ‘Deep In My Thoughts’ hosted by DJ Scream.  Lil Mikey TMB taps into his emotional side with “Adam & Eve” as it is a record about love and heartbreak. The record is produced by Atlanta’s KC Da Beatmonster.

Shawnna talks choosing motherhood over her career, getting back into music, Ludacris and leaving a legacy [The Progress Report]

In a new edition of Conversations with Lalaa presented by The Progress Report, Lalaa Shepard catches up with Chicago’s own Shawnna to talk about her upbringing, falling in love with music, raising children, one with special needs, getting discovered by Ludacris and becoming the first lady of Disturbing Tha Peace (DTP), female unity, and her father and legendary guitarist, Buddy Guy. 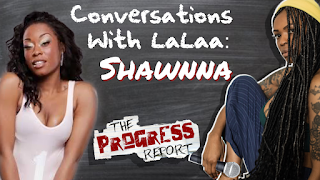 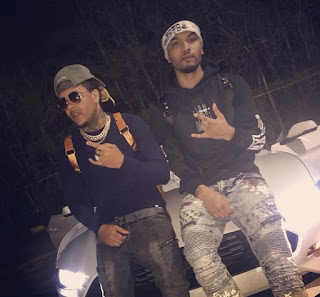 YSTB rap duo from Cincinnati, Ohio have been making music for the past decade. These 2 brothers have fun a and upbeat vibe to their music. Their hit single is titled "Temp Me" and is making a buzz online. Check out the video below! IG @YSTBEnt 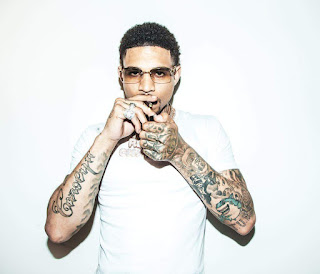 Reno Chapo has released the video to his latest single "REC". Reno Chapo is and up & coming artist from Cincinnati, Ohio. Check out his video below and keep up with him on Instagram @TheReal_RenoChapo.

Slim 400 Talks ‘Shake Back’, Losing Hearing In One Ear After Shooting, Thoughts On Tekashi 6ix9ine Release

Slim 400 just released a new body of work titled ‘Shake Back’ inspired by his 2019 shooting which left him deaf in one ear. In a new edition of Conversations with Lalaa presented by The Progress Report, Slim 400 talks about his recovery process, passion for acting, fatherhood, insane smoke session with Snoop Dogg, Nipsey Hussle and Tekashi 69.

Website: TheProgressReportMediaGroup.com
Posted by Lalaa at 2:41 PM No comments: 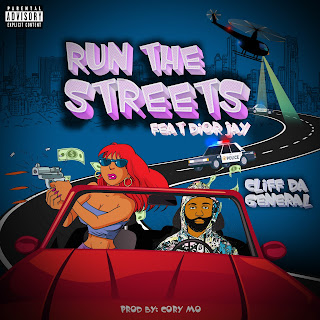 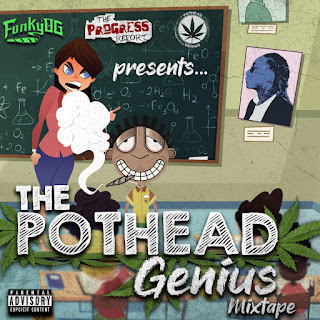 Lalaa Shepard of The Progress Report catches up with songstress Olivia about G-Unit prime days, her hiatus from music and entertainment, remaining independent, her thoughts on Love & Hip Hop, and the new era of R&B. Now Olivia is back with a new single “Join Me” and promises that she will release an album this year. 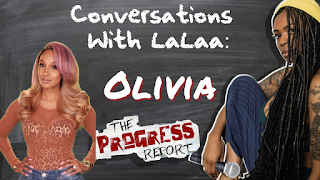 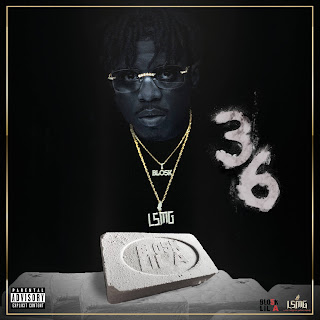 Blo5k Lil A and Drumma Boy just delivered a banger for the streets, "36" released under Last Supper Music Group (LSMG). 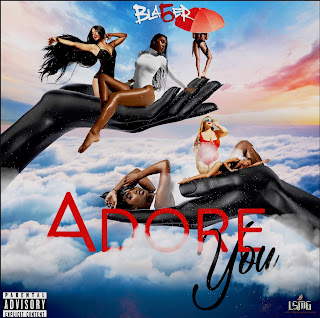 Yak Gotti Talks Appearing On Young Thug’s “Pull Up On A Kid”, “Slime Shit”, and “Dream” and Reacts To Frenchie Gucci Mane

“When you in the studio, you don’t know what these songs gonna do”

Yak Gotti is an original YSL artist that appeared on Young Thug’s “Pull Up On A Kid”, “Slime Shit”, and “Dream” records back in 2015. He even released his own mixtape during that time called ‘Mind Of A Maniac’. In a new edition of Conversations with Lalaa, Yak Gotti explains serving nearly 5 years in prison and still practicing his performances to prepare for his release.

“Being in prison made me appreciate this more, I was perfecting my craft this whole time, reading, writing, and performing. It seemed like I stopped but I never really stopped.”

During the conversation, Yak Gotti discusses knowing Young Thug since 7th grade as they used to play football and they’ve been friends since then. Yak also addresses Frenchie’s recent rant about Gucci Mane involving Young Thug and he explains slime language terminologies.

Website: TheProgressReportMediaGroup.com
Posted by Lalaa at 3:36 PM No comments: 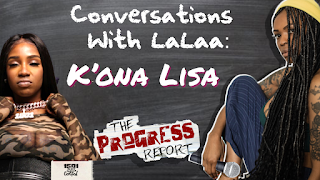 Parlae is a football coach, community activist, actor, and movie writer but most people may know him for being the lead artist in Dem Franchize Boyz. They created numerous hits in the early 2000s such as “White Tee”, “Lean Wit It Rock Wit It”, and “I Think They Like Me”. They are responsible for birthing the snap era movement throughout Atlanta and globally. They even introduced the hip hop scene to fruity loops. In a new interview with Parlae and The Progress Report Podcast, Parlae speaks on his recent IG live debate with D4L member Fabo, owing Dem Franchize Boyz’ success to Jermaine Dupri, and new single with Bloody Jay and Joe Gifted. 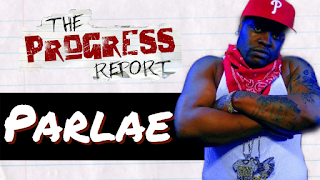 The Progress Report’s own Lalaa Shepard catches up with Yung Mal to talk life changes since the quarantine, ‘6 Rings’ project, relationships with Lil Quill, Hoodrich Pablo Juan, and announces his new deal. 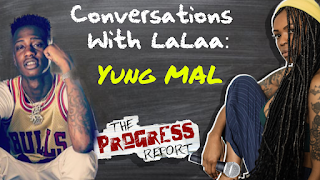 Atlanta artists Blo5k Lil A and Bla5er released an official visual to “Really Seen It” which appears on their collab mixtape ‘Tha 5’.

FaceBook @BrandonTunstall
Posted by Lalaa at 7:03 PM No comments:

Akron, Ohio artist Cliff Da General just delivered his official music video to his single “Hood Rich”.  The visual was filmed in Atlanta, GA produced by KC Da Beatmonster.
More on Cliff Da General:
For Cliff Da General, leaving a legacy is of the most importance coming from the same hometown as Lebron James. “I am inspired by Lebron James because he’s from my city and made it out,” he explains and like the athlete, the Akron, Ohio rapper is working on his own legacy through creating a body of work that embodies the authenticity of his experience as a person and artist.

He describes his music as “street” and brings a sense of rawness that allows his listener to easily connect. On his most recent project, Trap Season, he and producer KC Da Beatmonster designed a way to further understand the rapper’s experiences in the street on tracks like “Hood Rich'' and “Break Bread”. Along his career, he’s made efforts to get his music outside of Akron to cities like Atlanta, New York, Miami, Pittsburgh, Detroit, and Houston. He’s even collaborated with Atlanta’s Joe Green, Tauzha out of Chicago, and Joe Blow from Oakland, California, and is also inspired by the late Pittsburg, California The Jacka.

K'Shon Is Bringing Back R&B with "Promise" Audio & Visual

Singer, songwriter, and producer, K’Shon, is transforming R&B into a genre of his own. He’s been able to take the familiarity of our favorite number one records and has blended them into elements of pop, soul, and new age R&B. K’Shon, born Kaleb Gary, grew up surrounded by music, with his father being an engineer and member of the singing group Xplicit. It was the influence from his father and singers like Charlie Wilson and Usher to help K’Shon find a voice of his own as singer.

K’Shon grew up in Laurens, SC, but his want to spread his music to the masses led him to the city of Atlanta. Outside of singing, K’Shon has built a solid roster of artists he’s been able to work with as both a producer and songwriter such as K Camp, Yung Bleu, Malachi Warren, Lil Keed and Samkul and the list goes on.

While his current discography only boasts a few singles and projects, his impact is definitely felt on each track. Notably, his spin on Chris Brown’s “Post & Delete” garnered over 20,000 plays on Soundcloud and other records have reached over 30,000 plays. His most recent single “Promises” is an exploration of his stance as an artist; one who is bringing life back into R&B. 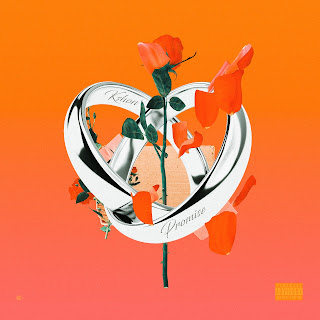 Richmond, Virginia is the birthplace of rap duo TaiZautie, but Atlanta is their home. Brothers Mykal Walcott and Mical Walcott, better known by their stage name TaiZautie, create “good energy” music with their upbeat samplings and infectious soundscapes that have boasted over 60,000 plays on Soundcloud. The brothers grew up in a musically centered household with a singing grandmother and father, so it wasn’t a surprise when the two gravitated towards the industry. What is surprising is how long it took for them to come together, not releasing their first body of work until 2017.

Since the release of their debut project Secure The Bag, Taizautie has shared a series of singles including  their Lil Keed Assisted “Nascar” featuring production by Kappa. The fun record is a celebration of life and continues with the duo’s high energy releases. LIke their first single “Mr. Nice Guy”, this latest offering from the artists pairs their tag team wordplay over a bouncy, lively beat.

Along with Lil Keed, TaiZautie has worked with super producer Dun Deal as well as local Atlanta artists like Mak Sausce who is featured on their forthcoming track “Budget”, another banger in their vault. It’s no sign of the duo letting up anytime soon as they plan to release new music in 2020 and beyond. 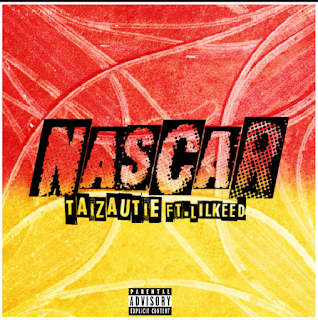