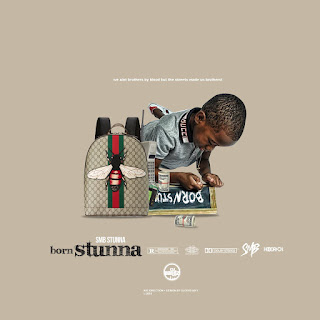 https://linktr.ee/smbstunna
Stunna Dre, an independent rapper from Chicago, is redefining how the world views trap music.
Coming out of the West side of Chicago in the Henry Horner projects, Stunna Dre, or SMB
Stunna, witnessed his mother work multiple jobs to support their home while his father faced
drug charges. With this type of upbringing, it isn’t a surprise that the rapper turned to the streets. Instead of being “trapped” in his situation, Stunna Dre is using his way with words to create the life he’s always envisioned.
Stunna has always been musically inclined and showcased his lyrical abilities on major outlets
like Fox News at just 10 years old. Flash forward to present day, the rapper boasts over 1
million views on World Star Hip Hop for his visuals to his most recent track “Ric Flair”. He also recently released the Hypno Carlito (Lil Durk - OTF) assisted “Big Business” that’s gaining traction online. Stunna Dre’s defines his sound as “ahead of its time” often reflecting on his own story. “People should listen because it’s real,” says the rapper. “I’m not here to portray an image. I’m here to be myself and rap about situations I’ve been through”.
Stunna Dre balances running his own label, Street Made Brothers, and releasing new music. He
is currently in the works to deliver a full-length project titled Born Stunna hosted by DJ Bandz Monday, September 17th to all streaming platforms. The project features appearances from Hypno Carlito, Mikey Dollaz, LBanditGang, and production from Luhtim, DJ Mil Ticket & more.
Instagram @smbstunna
Twitter @SMB_Stunna
Facebook @stunnastunnadre
Soundcloud: @smbstunna
Email: smbstunna@gmail.com