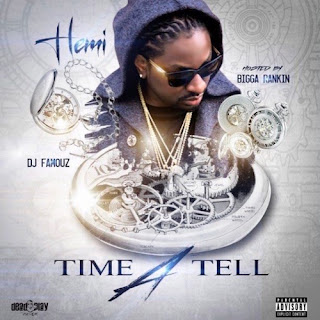 Hemi is a recording artist from the Campbell Terrace Projects in Fayetteville, North Carolina.

He is the oldest of 4 children raised in a single parent household with his mother who was only 15 years old when she birthed him. His father was in prison most of his life and his brother, Hemi’s uncle, was killed in his front yard. His other uncle was sentenced to 49 years in prison for a crime he didn’t commit which left Hemi the man of the house. Hemi eventually moved with his grandmother at the age of 13 but he and his brothers raised each other as there were no other male figures.

Hemi’s musical gene stems from his uncle who used to rap and had a movement in their hometown.

Hemi gained popularity after releasing singles from what would become his debut project, ‘Time A Tell’ in 2017 hosted by Florida legend, Bigga Rankin. The project has been described as a street classic full of raw emotion and lyrically aggressive. The title, ‘Time A Tell’ is inspired by the facts of life, time will tell everything.

‘Time A Tell’ is an ode to the streets of Fayetteville and features production from Cash Money A.P. and verses from local talent, Lil Ruga and Issac Perry. Each song contains stories about Hemi’s personal life and details keeping your head up during hard times. The lead single for the project is “Only The Real” and the official music video is nearing 20k views.

Hemi hopes to relate to the everyday person who comes from the bottom and may have a similar story.

Hemi and his label, Dead Play Ent are currently traveling throughout the United States spreading their brand and releasing new content and merchandise.